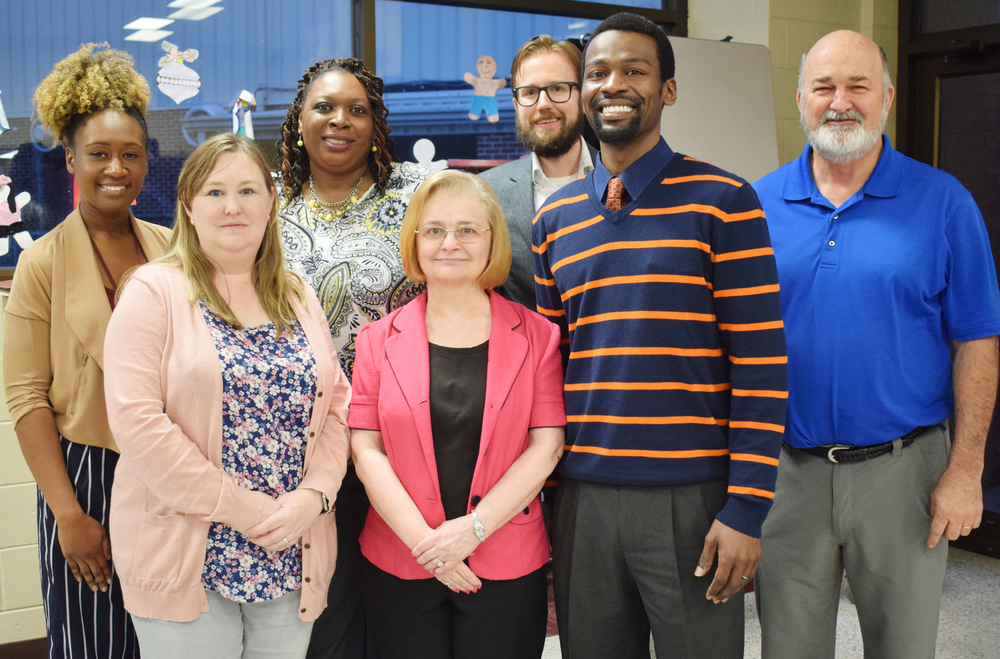 Adams returns to Blytheville to speak during ‘Tribe’ banquet

The following is a biography of Travis Adams, who on April 4 was the special guest speaker at the annual “Pride of the Chickasaw Tribe” banquet at the BHS cafeteria. It was read to the audience by assistant principal Jennifer Blankenship:

“Travis Adams, a native of Blytheville, attended the University of Arkansas at Pine Bluff after high school, where he received his Bachelor of Arts degree in Political Science.
“He then attended the University of Arkansas, where he was both a student of the School of Law and an instructor of American National Government in the Political Science Department. During his studies he also clerked for John Barry Baker, Attorney at Law, and interned with the Department of Homeland Security in the Office of Chief Counsel in Washington, D.C. Travis also served as a trial advocacy coordinator, president of the Black Law Student Association and a member of the Student Bar Association’s Honors Council.
“He graduated from the University of Arkansas School of Law with a dual degree of Juris Doctor and a Master of Public Administration. Upon graduating, Travis clerked for the Office of Revenue Legal Counsel of the Arkansas Department of Finance and Administration, where he produced high-quality research concerning taxation and governmental operations focusing on both state and federal issues.
“He then transitioned in politics, where he served in the state’s highest legal office, the Office of Attorney General. As Assistant Attorney General he operated in the Civil Litigation Department handling death penalty litigation, racial reform and administrative law issues from FIOA request to lemon laws.
“As a strong professional with a focus in public administration in federal, state and local government entities, he now manages his own law offices where he is focused on using his management and risks analysis skills to build communities through healthier life-styles, access to equity, development of entrepreneurship and effective risk management.
He and his wife Staci live in Little Rock.