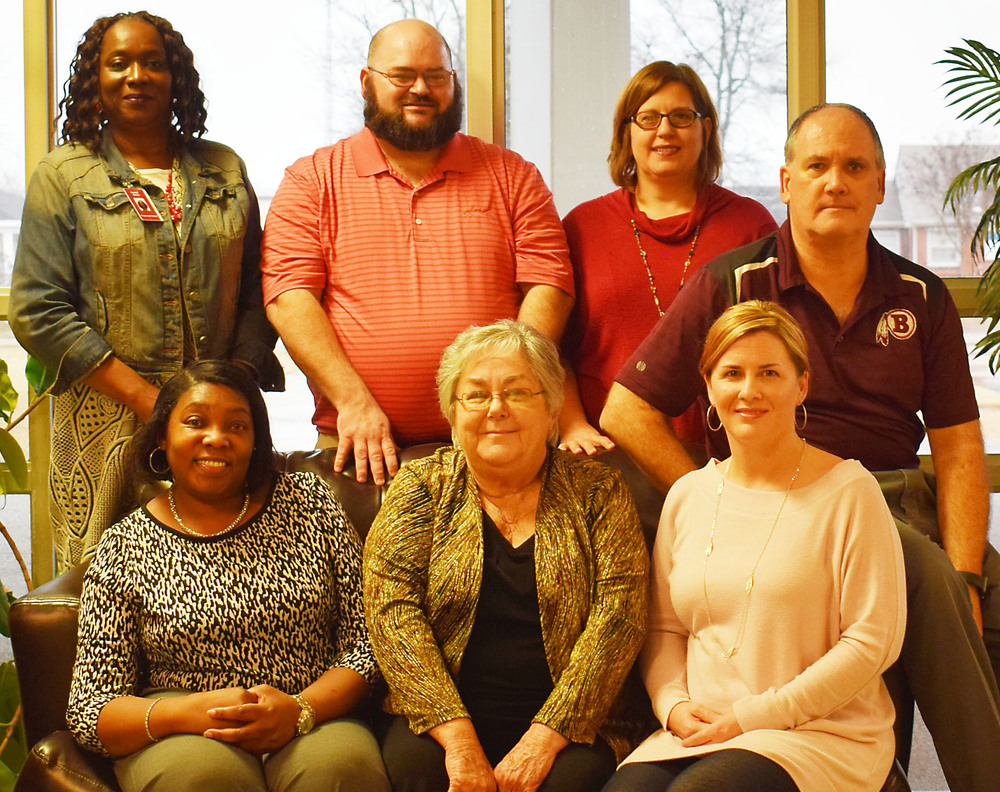 Employees of the Blytheville School District have again pooled their resources to benefit the local United Way, and their individual small contributions have turned into one gift that is pretty significant.
The Blytheville Schools’ report to the United Way of Greater Blytheville’s 2018 campaign shows a total contribution of $3,796.30. Of that amount, $546.30 (14 percent) was given to the local United Way in cash and checks, and $70 (two percent) in pledges will be given. The remainder of the contribution, $3,180 (84 percent), will be paid on a monthly basis through payroll deductions. The schools’ campaign was completed in early January.
The district employees’ gift represents 1.9 percent of the local United Way’s goal of $200,000 to be raised. In terms of what was given last year by the employees, this contribution is a four-percent increase.
Mary Helen Moody, executive director of the local United Way, stated that right now the Blytheville School employees are the top contributors in terms of employee gifts. A year ago the school district was the No. 2 employee contributor to the United Way.
“I can’t say enough about what the school district’s employees mean to the United Way,” Moody stressed. “The BSD employees are the only school in Mississippi County that helps the United Way, and they do this with both contributions and volunteer hours. These persons will do anything that is needed, whether serving in previous years as volunteers for our fish fries or helping with the Chili Cookoff. The employees are also directly involved with agencies that benefit from the United Way, such as the Girl Scouts, Boy Scouts and Food Pantry.”
The individual employees were responsible for the Blytheville Schools’ total contribution to the United Way. No “corporate” gifts were involved. Participation by each employee is completely voluntary and anonymous.
David Cooke, the district’s public relations director, organized the schools’ United Way efforts and was the chairperson of the drive for the administration building. Eight other chairpersons were responsible for the four schools, the Maintenance/Custodial and Food Services departments. Those chairpersons were Michael Davis of Blytheville High School, Michelle Walling of Blytheville High School ALE, Shelly Long of Blytheville Middle School, Nicole Turney of Blytheville Elementary, Diane Jenkins of Blytheville Primary and Johnetta Orr of BPS’ kindergarten center, Carolyn Barnes of the Maintenance and Custodial staff and Tiffany Snyder of Food Services.
A total of 217 of 369 employees (59 percent) participated in the local United Way campaign. The average gift per individual contributor is $17.49.
ALE and Blytheville Elementary School achieved 100-percent participation among their employees (23 and 57, respectively) in terms of number of employees participating.
United Way of Greater Blytheville funds will be allocated to 11 local agencies for 2018, and every penny of the local money remains in Mississippi County. Those agencies are the Area XIII Special Olympics, Blytheville Community Samaritans, Blytheville/Gosnell Area Food Pantry, Boy Scouts of Greater Blytheville, Court-Appointed Special Advocates, Charles Strong Recreation Center, FOCUS, Girl Scouts of Greater Blytheville, Great River Charitable Clinic, The Haven of Northeast Arkansas and Legal Aid of Arkansas.