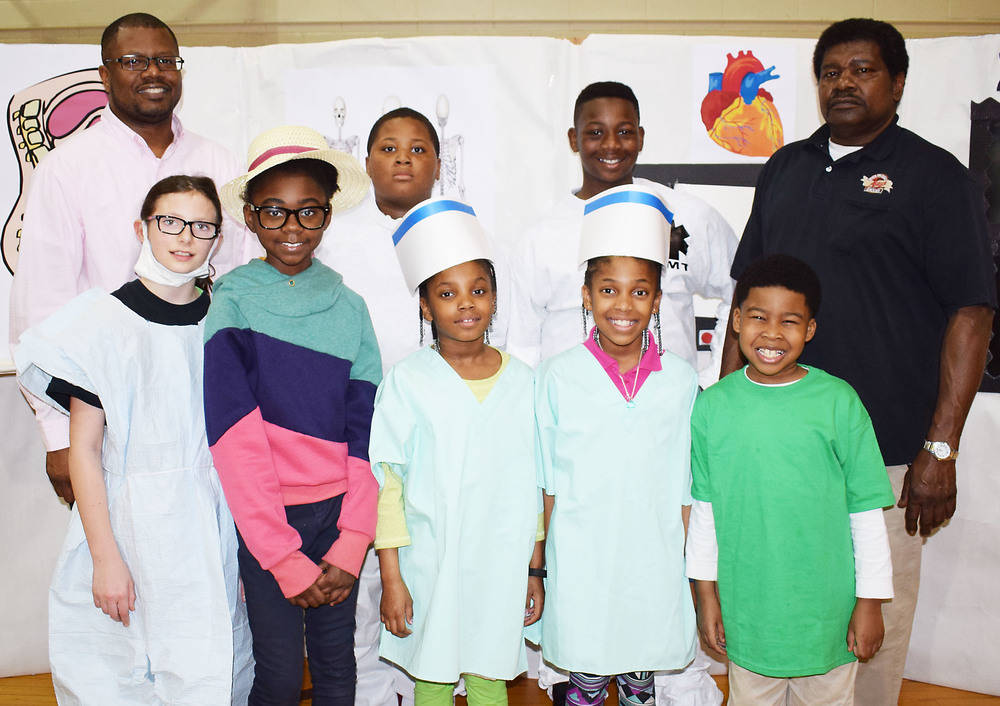 Students and volunteers from the Blytheville School District stood out at the March 4 Odyssey of the Mind Northeast Regional hosted by the Greene County Tech School District in Paragould. When the state OM competition begins in less than four weeks at Mayflower, Blytheville will be a big part of that event too.

Four teams from the Blytheville Schools participated at the competitive level of the regional competition. Blytheville Middle School, Blytheville Elementary School and Blytheville High School will each have a team advancing to the state level on April 1.

“We all had a good Odyssey of the Mind experience in Greene County Tech, and now we’re excited to be going on to a great state competition in Mayflower,” said Diane Hay, Blytheville’s Gifted and Talented administrator, which includes OM. “Our schools are very fortunate to have so much community and parental support from individuals who serve as coaches and judges, and I’m delighted that the ones who served as judges in the regional competition will fill those same roles for the state competition.”

“I will say that the teams from Blytheville have always shown the best manners during the competitions,” Hay stated. “We usually take the students to a local restaurant on the way home from the competitions, and they never cease to amaze me with their politeness and appreciation for what we do for them. I am honored to have this program and all the students/coaches and judges, but I am blessed with caring parents, grandparents and other family members who come to our competitions and help us cheer on our kids. The competition days are very long and sometimes uncomfortable, but we always make the best of it and apparently we love it because we keep going back!”

As Hay and anyone else connected to the OM program will say, as the judges and other volunteers go, so also go the OM teams.

To make the Northeast Regional and state competitions a success, volunteers from each membership must serve as judges. This year the Blytheville Schools provided six judges/volunteers for the competition, said Hay, “and our school rose to the challenge. I want to say “Thanks” to our local citizens who judged at the regional level and will also work at the state event. They are Paige Hawks, Shannon Page, Rae Galbraith, Eddie Hobbs, Lou Riggs and Alisa Melton.

”The Odyssey of the Mind Boosters expresses appreciation to everyone who helped make the regional competition a success by volunteering their time and efforts to the organization," Hay added. "The boosters are always in need of volunteers as coaches and judges each year. Our program heavily depends on volunteers to work with these great kids, and training is available for those who are interested. More information on the Odyssey of the Mind program may be found at www.odysseyofthemind.com and www.arkansasom.org."

The district is accepting donations for its World Finals Booster Club. Contributions may be sent to Diane Hay at Blytheville Middle School, 700 West Chickasawba, Blytheville, AR 72315. All donations may be tax-deductible. “Please consider helping us help our kids realize their dreams of competing on such a grand level against many other teams from all over the world,” Hay said. World Finals will be May 23-27, 2017, at Michigan State University in Lansing, MI. Students stay in dorm style housing on campus and travel by charter bus to compete each year.